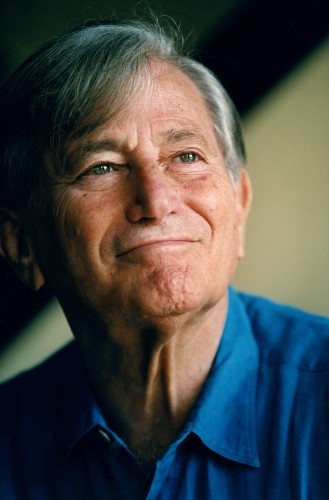 Eli Hurvitz was born on Passover Eve, 1932 in Jerusalem during the British Mandate of Palestine. Two years later,
he moved with his family to the new city of Tel Aviv.  He studied at HaCarmel School followed by the Ironi Alef High School, where he was a leader in the Zofim (Israeli Scouts). In May 1948, Eli while still underage, enlisted in the Israel Defense Forces to fight in Israel’s War of Independence. He returned to school in order to complete his matriculation (Bagrut) exams, and later joined the newly-formed IDF Nachal brigade which founded Kibbutz Tel Katzir. He was an effective ambassador and recruiter for the Kibbutz – so successful that he recruited Dalia Salomon, who he then married in June 1953. The young couple subsequently moved to Tel Aviv so that Eli could earn his university degree in the Tel Aviv branch of the Hebrew University.As a University student of economics, Eli began working (1953) as a part-time glassware washer in the laboratory in Assia Chemical Labs Ltd., a firm managed by Dalia's father, Nachman Salomon. Eli joined the firm full-time after his graduation in 1957 and was rapidly promoted from clerical to executive ranks. In 1964, Eli led the merger of Assia with Zori, one of many small pharmaceutical manufacturers in Israel and in 1969 acquired a controlling interest in the publically-traded Teva. In 1976, the three firms merged to become Teva Pharmaceutical Industries Ltd., Israel's leading pharmaceutical company with sales $ 28 million and Eli as the CEO. With Eli’s vision and strategic leadership, Teva consolidated the fragmented and nascent Israeli pharmaceutical industry and then embarked upon a series of foreign acquisitions that created the world’s largest generic pharmaceutical company and Israel’s largest corporate enterprise.

Eli was one of the first to realize the huge potential of the US generic market following the passage of the Hatch Waxman Act, and fostered the growth of Teva into a global company with sales of $18.3 billion in 2011. Teva was one of the first companies to join NASDAQ and reached the highest valuation — $35.7 billion in 2011 — of any Israeli NASDAQ-listed company. Because of the global expansion 90% of Teva's sales were abroad and less than 20% of the employees were in Israel. As a Zionist, however, Eli was proud of the Israeli leadership and culture of the company, which he described as a giant with global muscles and an Israeli brain.

Throughout his life, Eli maintained a strong commitment to public service. While leading Teva he served also as chairman of the Israel Export Institute from 1974 to 1978. From 1981-1986 he was president of the Israel Manufacturers Association. He played a key role in the daring economic agreement of 1986 between the manufacturers, Histadrut and the Shimon Peres-led government, which successfully ended Israel’s crippling triple-digit annual inflation (400%). For this service he was awarded the Industry Prize.

Eli chaired the board of Bank Leumi (1986-7), served as a director on the boards of Koor Industries Ltd. (1997-2004), Magal Security System Ltd. (1992-1994), Vishay Technologies (1997 – 2011), and chaired Aposense (2002-2011). In 2002 Eli founded his "baby", Pontifax, which he chaired until his death in 2011, and which has become one of Israel’s top-performing biotechnology funds. Eli was recognized by the business community as "the business leader" of Israel. In 2005 Eli was named Business Leader of the Decade by Dun & Bradstreet. He was voted the Most Respected Business Leader of the Year by numerous Israeli journals and for the last time, in 2011, by Globes, in a ceremony held shortly after his passing.

Eli was deeply committed to the principles of Zionism. He enrolled in the field officer’s course and served as a reserve combat officer in the Artillery, earning successive promotions and recognition for service in times of war and peace.  He fought in the front lines of the Sinai Campaign, the Six Day War, the Yom Kippur War, and the First Lebanon War, ultimately retiring as a Lieutenant Colonel. He probably was the first who managed to achieve such a promotion in his military career, while serving in the reserve.

Eli advanced his core principles through his service to academic institutions focused on peace and democracy in Israel and abroad. He chaired the Executive Committee of the Weizmann Institute of Science (1989-1995); served as a member of the board of governors of Tel Aviv University (2001-2011), and led the board of the Israel Democracy Institute (2002-2008). He had a leading role in the planning and eventual opening (2011) of the medical school in Zefad, to serve the Israeli communities in the north. In recognition of his lifetime of service, Eli was elected to the International Council of the Belfer Center for Science and International Affairs in the J. F. Kennedy School of Government, Harvard University (2002-2005).

Eli famously avoided joining the political sphere and refused even to the highest positions; He nevertheless was a trusted advisor of all Israel’s Presidents, Prime-ministers and Finance ministers, who frequently recruited him for non-political leadership roles. Three years before his death he chaired "Israel 2028: Vision and Strategy for Economy and Society in a Global World”, which was an ambitious and 'extensive plan to achieve national objectives – rapid, balanced growth and reduction of social gaps – aimed at positioning Israel among the 10-15 leading countries in terms of economic achievement and quality of life, over the next twenty years'.

Eli was honored with honorary doctorates by

The Technion – Israel Institute of Technology (1990),

Eli’s final public award was a special honorary award bestowed in 2011 by the European Union.